My husband and I attended the World Humanist Congress in Oxford UK last weekend. It was the first time we had attended anything like this as a couple and we were very excited about what lay in store for us.
We did not know what to expect as we boarded the train to Oxford in beautiful summer sunshine.  We had never before felt such a thrill passing through Slough Station which we will probably never feel again, especially in Slough Station! The very air hung heavy with potential portentous new beginnings for both of us!
Neither Rick nor I expected the roller coaster ride that was the WHC in Oxford.  The sun shone. We wore our shorts most of the time!  And ominously on the ‘Lords’ day Hurricane Bertha deluged Oxford.
The weather mirrored our journey at the Congress.  We entered like ‘vestal virgins’ full of hope and wander and returned wiser, just as thrilled but with overwhelming feelings of frustration, confusion and befuddlement.  Our emotions swilled around us mis-understood and in turmoil.  We both agreed the weekend had brought us both closer together in a wonderful unexpected way.  But each of us felt a deep sense of being adrift, cast aside, of a huge missed opportunity.  We were both utterly stumped why we felt these ephemeral rumblings of anger and flutterings of missed opportunity.  What the F**k!  Was it us?  Was it them? What on earth was going on?  Was humanism for us?
How could a weekend we had so looked forward to and which had delivered on our expectations in many different ways leave us feeling so bereft, so divorced as if we had missed out on something?  We were both left with an elusive underlying, almost grieving emotion of a great opportunity missed, which we could not pin down or name.  We talked for quite sometime when we got home to no conclusion or satisfaction.  I became frustrated and annoyed with my inability to name the cause of our unsettled feelings.
As light relief we caught up on our Big Brother viewing.  We went to bed delighted that both the ‘Essex geezer’ Winston and the scouser Mark had been evicted. The next day Rick went off to work and I got up soon after, determined to get to the bottom of “What went wrong for us at the WHC”! 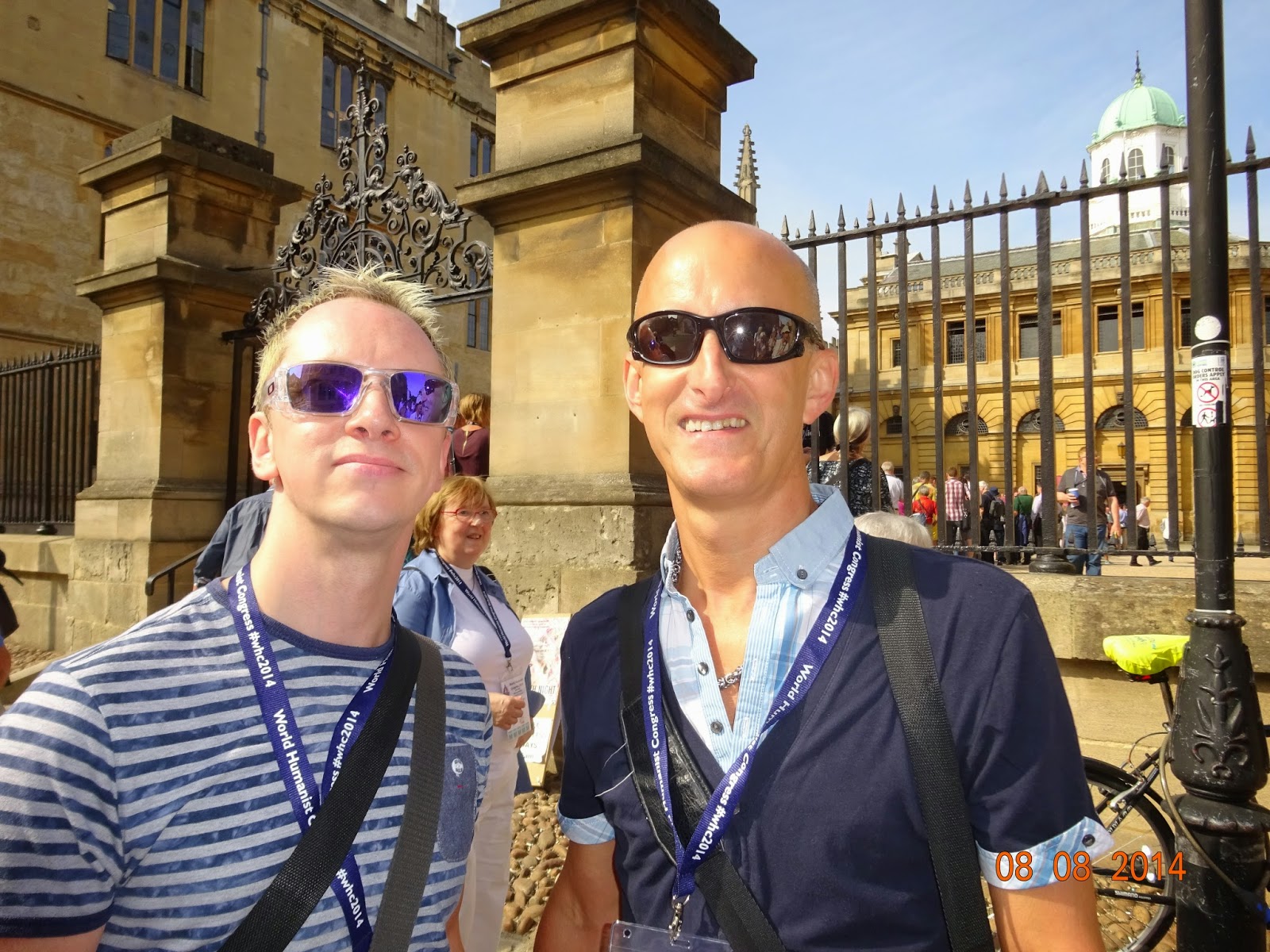 Irreverent Impressions of Congress Day 1
The World Humanists packed into the historic Sheldonian Theatre for the first session.  After a warm welcome by the President of the BHA the expectant crowd was entertained by a whimsical performance from a string quartet called Classy Cool who sang a medley of amusing opera and folk music.
Anthony C Grayling then started the first plenary session.  Rick and I sat entranced watching one of the modern worlds’ great thinkers give us a masterclass on humanism and the basis of what freedom of thought and expression is all about, and its legitimate limits.  We loved Anthony’s  use of language, humour and the obvious erudition of someone who had spent a lifetime having deep thoughts about important existential matters. The warmth in the Sheldonian Theatre was palpable and indeed had everyone fanning themselves in the stuffy heat.  The questions were learned, wise, good and constructive. All as expected from such a Friday morning audience of left liberals, academics and thinkers of a certain age.  The conclusion was that self censorship was the greatest threat to ‘better free speech’.
We left the Sheldonian for lunch thrilled excited and enthralled with our heads firmly floating amidst the white fluffy clouds drifting overhead and our emotions flowing existentially amidst the lofty spires along Queens Lane.  We stared in wander into each others eyes and fell in love some more.
The random seating at lunch thudded us back to reality when we failed miserably to connect with the assortment of attendees at our table.  The stodgy food helped to ballast us violently back to earth with a bump and a grind.  The word awkward comes to mind if you were kind - a little bit rude would be a better description.
Anyway, undeterred - people are people and so are humanists in all their glorious complexity after all!  We decided to give humanists the benefit of the doubt as off we skipped to the Marquee for the next very different session.   The debate between Peter Atkins the scientist and the philosopher Stephen Law was hugely entertaining.  Peter shrugged a lot whilst defending the superior process of evidence based science.   Stephen smiled a lot and at times proved Peters’s point that philosophy wasted much effort solving invented ‘silly problems’.  However, they both conceded that philosophy did have a huge role in the modern world in the moral and ethical area.  I concluded that Philosophers are the vanguard of science exploring the weird edges of thinking by asking lots of stupid questions which occasionally trigger new areas for science to explore!  There was a lot of friendly banter followed by some great questions.  We learnt a lot especially about the gaps in our knowledge!  We left the session with our brains swelling with ‘new’ concepts such as Hume’s Induction Problem. We clearly needed to buy their books which Peter and Stephen shamelessly plugged during the debate!  This was great to witness, humanists are human after all, and we all need to earn our keep…
Rick and I were thrilled with our first two sessions.  Over tea we talked to others who attended other parallel session who reported similar exciting experiences.  This was going to be an amazing weekend.  We could not stop smiling at each other.  We headed back to the Sheldonian for the plenary session which began with the Oslo Humanist Choir singing a song with funny lyrics that sounded like ‘Daddy da da de Daddy die dee dum dee doe dee die’ which had everyone smiling and feeling the warmth.
The last session of the day was a panel discussion which suffered from low energy caused in large part by vigorous, rather boring consensus amongst the European panel members. Rather ironically, during the discussion it was pointed out that Humanism needed to learn from older non western traditions.  The session really only came alive with impatient questions from the floor by delegates from India and Africa.  I found myself wondering why these delegates were not on the panel!  The Chair Samira forgot the UN guys name who then got even by hogging the stage talking interminable UN speak which no one understood. We were glad to escape into the Oxford sunshine at the end of the session.
We headed to Browns Restaurant for dinner.  We agreed over a bottle of wine and some fine food that the day had been nothing short of marvellous.  We had also noticed the gaps - the lack of corporate presence or visibility and the genteel worthy left liberal bias.  Where were the hard talking libertarians continuing the free market tradition of John Stuart Mills for instance?  Why did the Economist not have a stand? Where was the Apple sponsorship? Weren’t these organisations humanist to their core? We had witnessed some questions which displayed antagonism to the private sector, to capitalism.  Our overall first impression was that the Congress was like a cross between a left leaning party political convention and an academic conference, which clearly reflected the membership. It got me worried that as a right liberal conservative did I belong in Humanism?
The first day ended with a wonderful drinks party at the Ashmolian Museum where the bubbly flowed freely and in limitless quantity.  We continued to party till 11pm with 70 Galha gays and lesbian humanists at the Jolly Farmers Gay Pub. I had a chance to shake the rain soaked hand of one of my gay activist heroes Peter Tatchell who had braved the torrent to join the Gaytheist throng.
So our first day at a Humanist event ended in a bit of an alcoholic blur.  It had been a marvellous first day which had exceeded both our expectations where we had met many wonderful friendly people and some ‘oddballs’ but humanists are just people after all!  It was nothing short of thrilling connecting with so many like minded humans. We slept well and soundly. 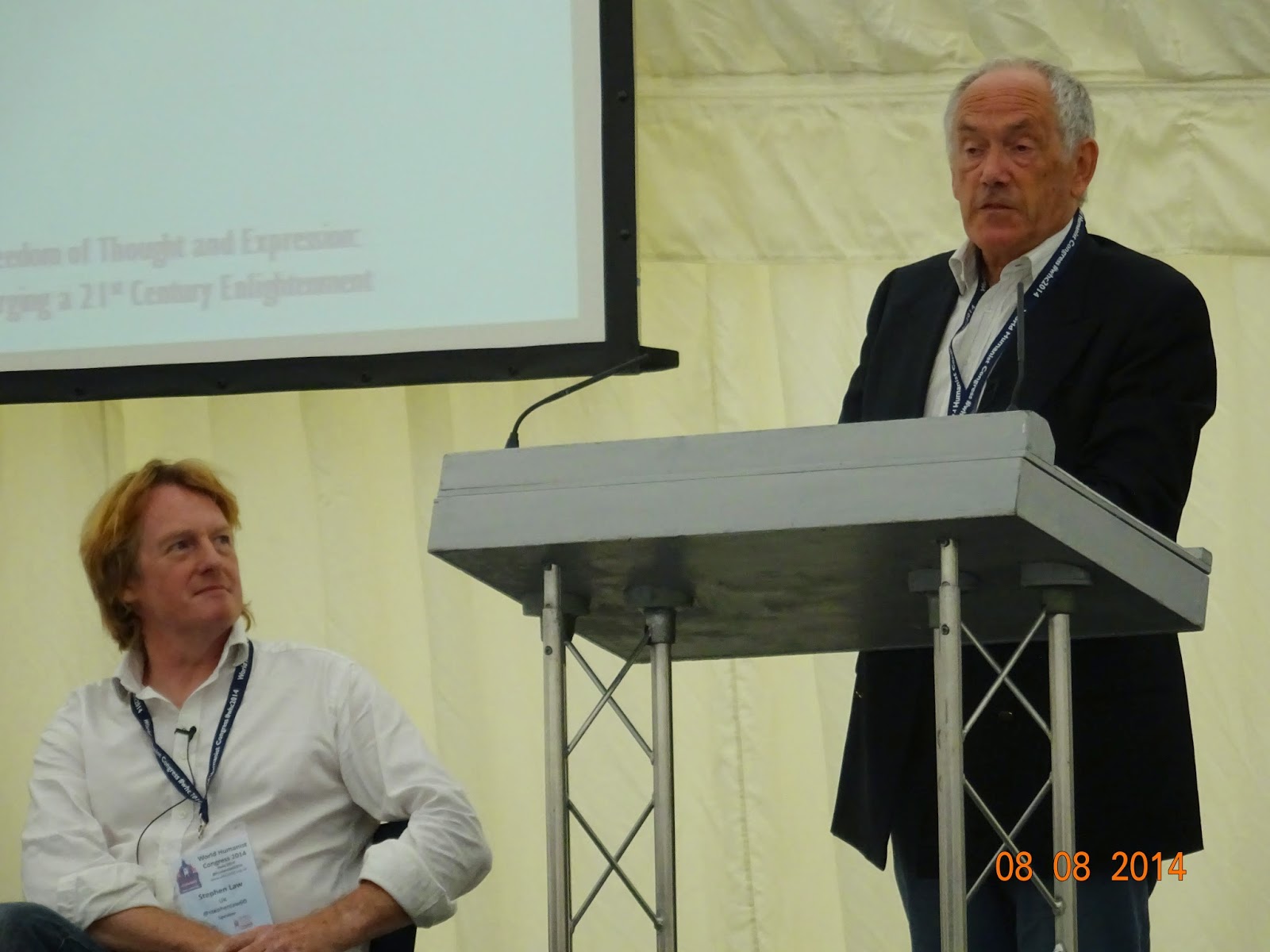 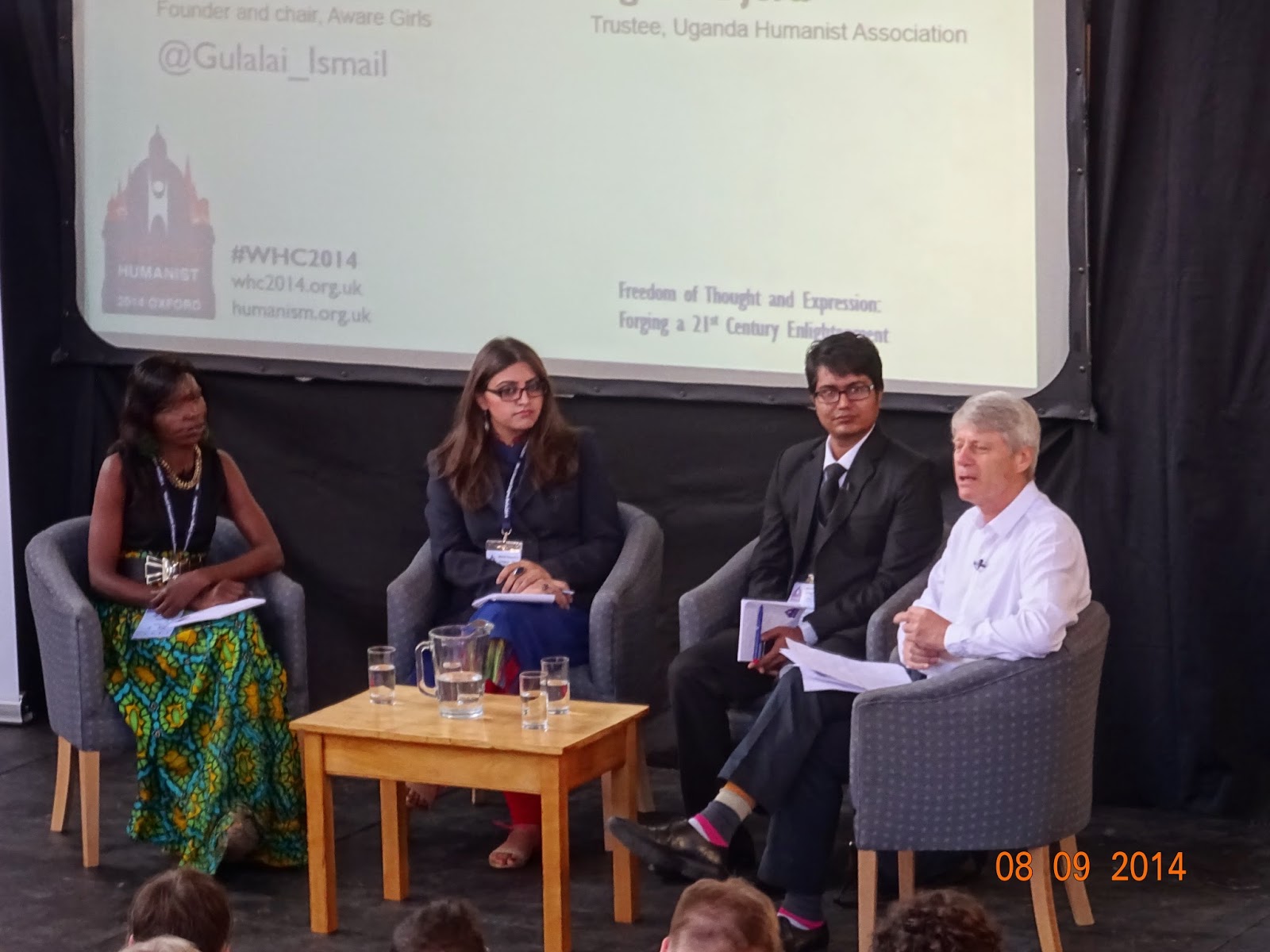 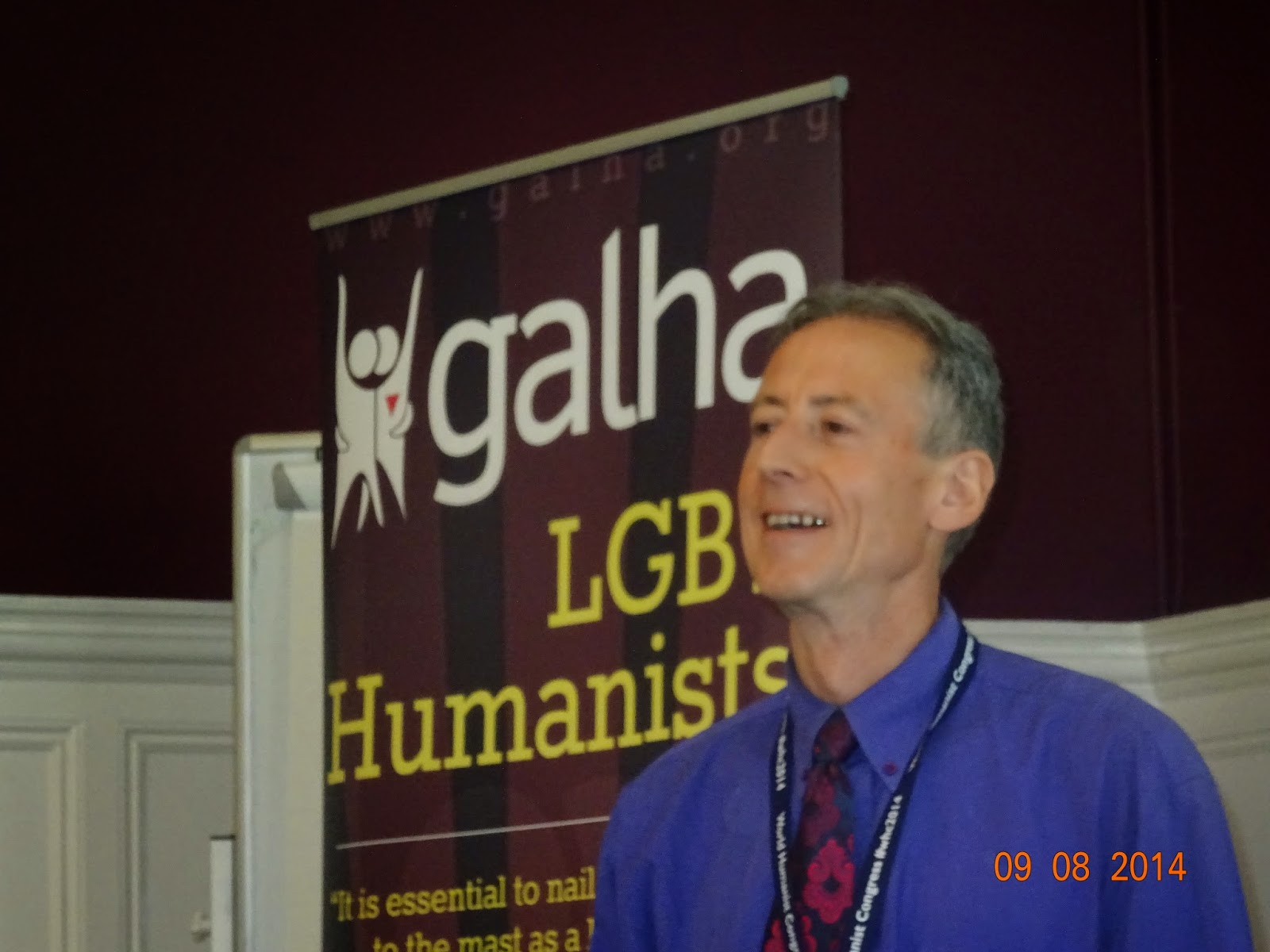 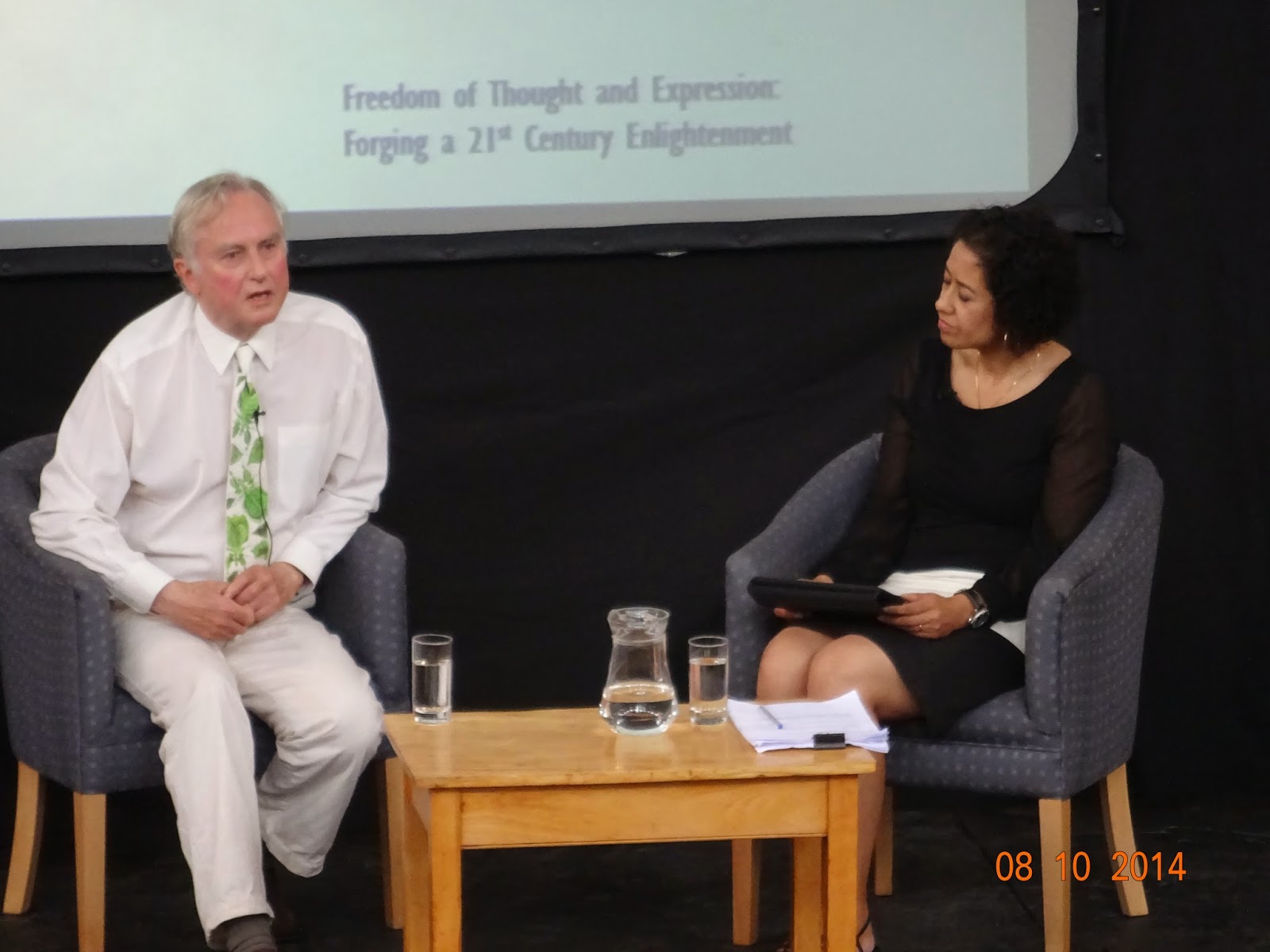 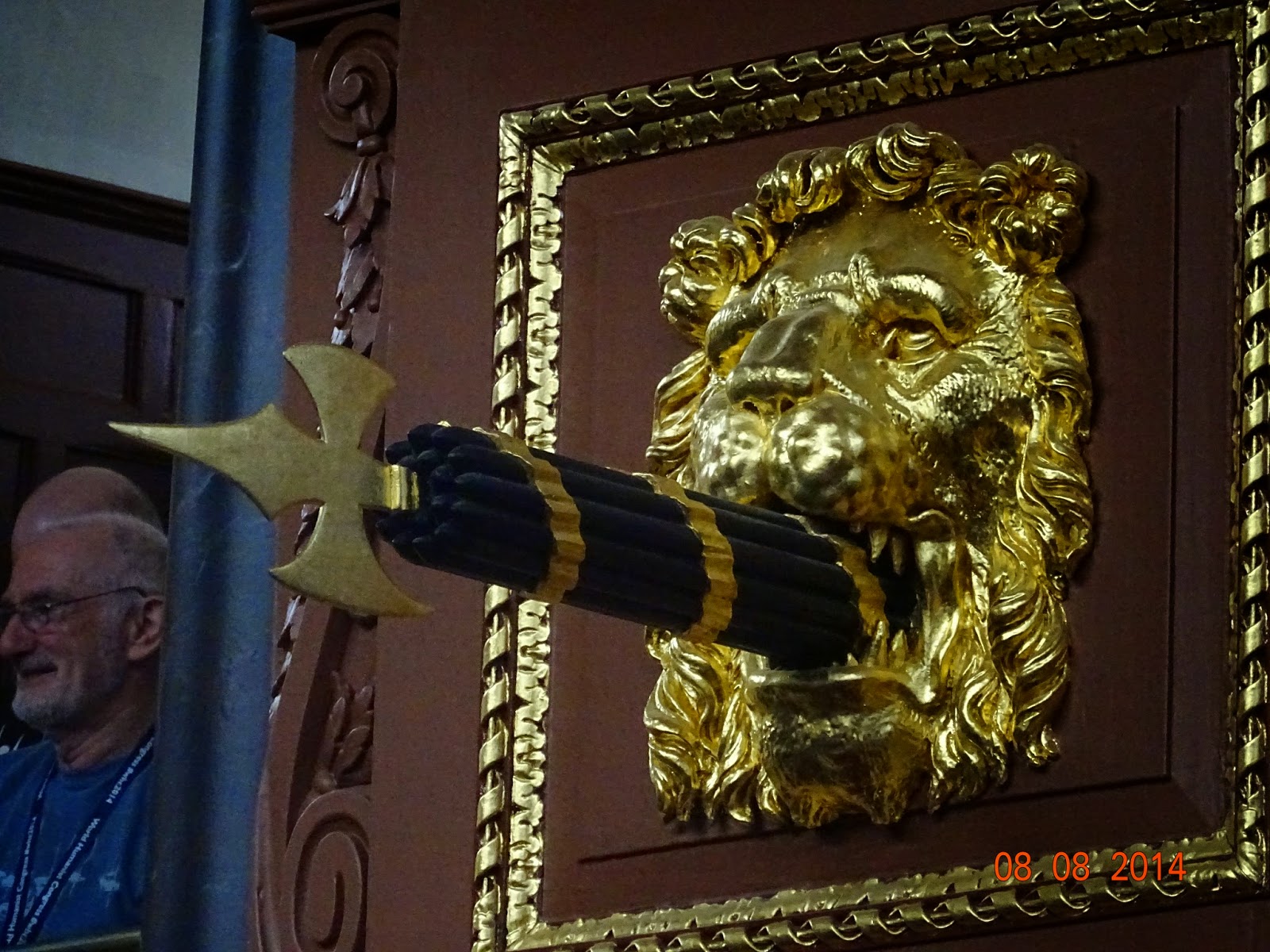